The race to fill outgoing Portland City Commissioner Amanda Fritz’s office in 2020 has begun to grow.

Avalos, the 30-year old daughter of Guatemalan immigrants, is a relative newcomer to Portland politics. But as the vice chair of Portland’s Citizen Review Committee (CRC), the 11-member volunteer board that reviews police misconduct claims, she’s quickly familiarized herself with systemic issues that hinder the city’s democratic process—starting with its style of government.

Avalos is running on a platform to end Portland’s outdated commission form of government.

Portland is now the last remaining major city in the US that relies on this wonky government style, where commissioners represent city bureaus instead of geographic regions of the city. Instead of candidates being voted in by people living in the area they represent, they’re appointed through at-large elections—where the victors are those who collect the most citywide votes. To Avalos (and a recent report by the City Club of Portland) that process works directly against the city’s equity goals.

“We’ve been slow-walking on this issue for far too long,” says Avalos. “It’s time we remove the barriers between the public and their elected officials.”

Since introducing this form of government in 1913, Portland voters have rejected proposals to change the format no less than eight times. Yet, as Portland becomes increasingly diverse and areas of stark underrepresentation in city government become clearer, more are coming around to the idea of axing the commission system.

With a long career in student government (Avalos was a member of her high school, college, and graduate school student bodies), Avalos says she feels comfortable making decisions that truly represent her community.

Along with overhauling Portland’s government system, she wants to restore trust in city government and its police force. Though her work on the CRC, she’s witnessed the slow, “arduous” process members of the public must go through to file a complaint against a Portland Police Bureau (PPB) officer—and the general inaction that follows it.

“The CRC has opened my eyes to how flawed the police accountability process is,” she says. “I now understand how difficult it can be for citizens to engage with their city and hold their leaders accountable. This is not how you strengthen a community.”

Her complaints lie with the process more than the officers themselves. Avalos says she’s been surprised how many policy ideas she shares with police officers she’s interacted with.

“Many officers want more training, they want to help the houseless, they want to confront biases. We need to be open to the fact that they’re doing good work,” she says. “But we also need to be brave enough to have hard conversations, and say [to officers], ‘Look, we want you to succeed as much as you want to succeed, you just need to be willing to listen to other communities and value their trust.'”

It took Avalos’ recent training with Emerge Oregon—a program that primes Oregon women for political office—to throw her hat into the council race.

“I realized—I teach my students that they are capable of leading, that their experience in government will transfer into the real world,” she says. “I care about Portland, I care about this community, so why not step up and be that leader?

Avalos has yet to report any donations since registering her campaign with the state on July 30. She says she plans on using the city’s Open and Accountable Elections program, which incentivizes candidates who refuse large financial donations by matching their small donations with public funds.

Carmen Rubio, Avalos’ sole competitor (as of now) has also enrolled in the city’s publicly-funded election program. Rubio, the 45-year-old director of the Latino Network, has reported $6,200 in donations since announcing her campaign in early July. Here’s a snapshot of where the multiple City Council races stood as of July 18. 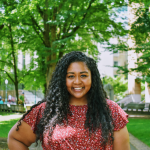 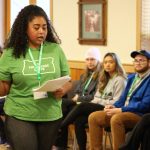