Candace Avalos, coordinator of student government and Greek life advisor of Portland State University, announced her campaign for a seat on the Portland City Council on Aug. 1.

Avalos—who has worked at PSU since 2013—is running to replace Commissioner Amanda Fritz, who will be retiring at the end of her current term.

“Working at PSU, I have seen a reflection of the city’s problems on campus, like houselessness, food insecurity, and personal safety,” Avalos stated in an email. “Advising student government has given me an opportunity to engage with the campus about these issues, and I am a strong believer that the work students do to advocate for change on campus translates directly to public leadership and service.”

“As a product of student government myself, I decided to practice what I preach and step up to help lead our city in finding collaborative solutions to our unique problems.”

If elected, Avalos intends to reform “the outdated commissioner system of government that keeps holding us back as a city,” according to her website. Instead of having commissioners elected city-wide, Avalos wants to implement elections by geographic district.

“I am prepared to champion the effort to decommission City Council and bring district representation to Portlanders,” Avalos stated. “As this city continues to grow and change, our leaders must grow and change with it.”

Along with decommissioning Portland’s City Council, Avalos also intends to “fight for dynamic policies to address houselessness, government accountability and equitable economic sustainability,” according to a press release.

Portland remains the only large city in the United States that continues to use a city commission style of government. Putting the issue front and center to her campaign is a strategic move following a report released by the City Club of Portland in February 2019, which recommended the overhaul of Portland’s commission system, calling it “inherently inequitable.” Previous attempts to overhaul the system have failed, according to OPB.

“We have seen a lack of representation from many of our neighborhoods on City Council because of this at-large system,” Avalos told OPB.

As well as working as an advisor for PSU, Avalos is also vice-chair of the Citizen Review Committee, where she works to “increase transparency, accountability and public confidence in law enforcement.”

“This work has taught me that we can do better in Portland city government by engaging with our unique communities in creative ways,” Avalos stated.

Speaking about how her experiences as an educator has affected her stances on policy, Avalos stated in an email, “My policy stances have evolved over the years thanks to the passionate, innovative leaders in student government and Greek Life that I’ve worked with, and I continue to learn new things and expand my perspective on what young people are facing in today’s society.”

“I believe my lens as an educator who understands relational leadership and coalition building can offer the people of Portland a different approach to how we lead this city into the future.”

Fritz, who Avalos is running to replace, has served for three terms on the Portland City Council since 2008. She announced she would not be seeking reelection last April, opening her seat on City Council for the first time in over a decade.

Avalos is one of two major candidates seeking to replace Fritz. The other candidate, Carmen Rubio, announced her campaign in early July and has already secured over 70 endorsements, as well as $6,200 in campaign contributions. As of yet, Avalos has not filed any fundraising reports.

The two candidates will compete in the 2020 May primaries, with elections taking place on May 19.

Mayor Ted Wheeler and Commissioner Chloe Eudaly’s terms will also be ending in 2020, setting the stage for a highly contested election year.

A campaign launch party will be held for Avalos from 2–4 p.m. on Sept. 22 at Normandale Park. 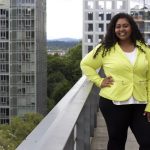 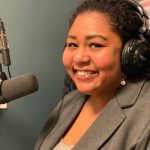 Candace for Portland on XRAY In The MorningLocal Politics