Connect with this Candidate!

1. Homelessness is a crisis in all of Portland, but has disproportionately negative effects in SE and East Portland. Explain how you will address this situation in a compassionate and expedient manner, balancing the needs of both the housed and houseless.

Candidate Answer: A few months ago, a tent appeared next to my house where I live in the last house on a dead end street. I wasn’t concerned, but a few neighbors told me they were worried, others told me of the kindness they had shown the people sleeping there. One neighbor left hand warmers and other materials outside the tent. Another neighbor came by to ask if I had found needles in my trash can like they had and expressed concerns about her safety. On Christmas day, my mom who was visiting me from out of town made a few plates of food to share and we went to meet the folks living in the tent. One shared his great appreciation for the warm meal and how much he missed having his mom around, so my mom stepped in to give him a hug and offer some kind words and comfort. Shortly after the holidays, a notice appeared next to the tent, written by our rental management company asking the folks in the tent to leave. We noticed a few days later that the entire space had been abandoned, and it looked as if the tent had been rummaged through as trash and belongings were strewn around the end of the street including 100 orange needle caps along with several uncapped needles.
I am telling this story because it highlights just how complex this issue is for Portlanders and my own complicated feelings about how I believe as a City we must address it. Many of the people I have spoken to during this campaign have shared their heartfelt thoughts and concerns about what we can do to help the most vulnerable among us. At the same time, some have expressed concerns for the safety of their families when encountering hostile people on the streets that are acting out of addiction, mental health challenges, and overall trauma. All of these perspectives are valid and we can hold multiple truths. At the core, I believe the most appropriate next step we need to be taking are providing services and resources to the unhoused community, whether that is connecting them to mental health and addiction treatment, or providing water and sanitation services to keep our communities safe and clean. I’d like to see us create pop up hubs that travel around the city and help connect the houseless to the services they need, and build a relationship with them from a case management perspective. While we are trying to build the housing that will ultimately lift them out of houselessness, we must meet their immediate needs now, where they are while we put energy in resources into making sure no one else ends up in the same circumstances. Additionally, as a Commissioner I want to compile the resources and tools neighbors need to be able to act on the compassion we all have in helping the houseless community

2. With the implementation of the Residential Infill Project, there will be a lot of new development in areas with larger lots like SE and East Portland. How will you create opportunities for and encourage the development of affordable and accessible housing, while also guarding against displacement and gentrification?

Candidate Answer: We can all agree that we need more housing stock and we need a lot of it to be affordable to address growing incoming inequality that creates a barrier for many to keep a roof over their head. I support the Residential Infill Project for its attempt to increase density in neighborhoods and offer more housing options, but guaranteeing units be deeply affordable will be a deal breaker for me. We continue to see apartment buildings built that are out of the price range of many of the Portlanders we’re trying to serve by providing more housing, and therefore they stay empty. I am interested in exploring implementing a vacancy tax to encourage usage of these empty spaces, and possibly help drive down costs. I also think it’s important that City Council partners with people in each neighborhood to reflect their voices and ideas for expansion. Ultimately the City needs better long-term strategic planning efforts that are collaborative among all bureaus and Commissioners to help protect Portlanders from displacement and gentrification—hence why I am a strong advocate for changing our form of government. We cannot continue to make siloed decisions that aren’t comprehensive.

3. SE and East Portland have by far the greatest number of unimproved roads in all of Portland. Brentwood-Darlington alone has over 4 miles. How will you rectify this infrastructure imbalance without cost-burdening an already historically underserved area?

Candidate Answer: Earlier this week I walked around the neighborhood, and I could feel the frustration from this question, because it’s clear that the streets are being neglected. The City has an obligation to spend its resources wisely and invest in neighborhoods like Brentwood-Darlington that need basic infrastructure to improve safety and overall investment in the community. PBOT is moving in the right direction by putting down gravel on unimproved streets, and I’d like to see that continue throughout the city to at least offer some relief for neighborhoods that have been neglected for decades. Still, it’s not nearly good enough and why did it take so long? This neighborhood has been asking—begging—for improvements for years. As I went door to door this week to get to know the neighbors a bit before talking to you tonight, I was reminded that there is so much more left to do. Sidewalks, safer crossings, better lit streets, and more need to be prioritized in this neighborhood, and the City needs to develop a comprehensive plan to address a realistic timeline to accomplish these much needed improvements. We need to establish a baseline of safety and achieve that in every neighborhood before working on the wish list for only some neighborhoods.

4. Portland Bureau of Transportation has been installing many traffic calming measures and lowering speed limits all over SE and East Portland. How will you provide the means to enforce these new measures, despite staffing level challenges?

Candidate Answer: It’s so frustrating to get half of a solution, and lowering the speed limits and installing traffic calming measures are only half of the road safety equation. The other half is staffing of enforcement officers and we are going to continue to struggle with until we are able to hire and retain enough police officers. That being said, we still face challenges with systemic racism, and more traffic stops means more targeting more BIPOC folks and we have to consider the context of this too. While I have mixed feelings about red light cameras and other new technologies, I’d be interested in exploring them if that can be a short term answer to a long term problem.

5. Garbage and graffiti are ongoing issues in SE and East Portland. What will you do to take the burden of neighborhood clean-up off the shoulders of volunteers?

Candidate Answer:  As I understand it, the City of Portland has a graffiti abatement program, and I’d like to explore how we can increase resources and staff time to help release the burden from volunteers. Ultimately that needs to be the City’s responsibility, and we need to allocate the resources to do this. I also believe there are some preventative measures we could take to prevent graffiti, such as working with local artists to add more art on spaces and create a sense of pride and collaboration to deter reckless graffiti. I’d also like to see the City work with neighborhoods to establish long term garbage removal services that are consistent and on a regular schedule to improve the overall cleanliness of the community. Addressing the need for more lighting can also help deter these behaviors, and it is an important safety measure we must do anyway in these neglected neighborhoods.

6. In several areas of SE, illegal activity occurs on a daily basis, often for years at a time. Neighbors continuously report this activity, only to be told that the individual is, in short, not worth arresting. Many of these individuals have had multiple contacts with the police. How will you address the revolving door in Portland’s criminal justice system that allows these chronic conditions to continue?

Candidate Answer: I believe part of the problem is the district attorney’s office in Multnomah County, because if the DA doesn’t charge people with crimes, the police aren’t left with any more options to address these ongoing problems. I also think we can’t solve all of these problems through the criminal justice system alone, and the Portland Street Response is a step in the right direction to offer alternative methods of intervention that can have more of a long-term impact.

7. Much of the Public transportation in SE and East Portland is infrequent and does not serve large swaths of the area. This creates an imbalance in which our neighbors are forced to drive more and pay a larger portion of the associated costs and taxes. Even neighbors who prefer to take transit, can only do so in certain directions and often not on the weekend. How will you work to rectify the imbalance in transit access in our area?

Candidate Answer: Increasing service in underserved neighborhoods for public transportation is a high priority for my campaign. As a commuter, I personally depend on the access to public transit, and I have noticed over the years a decline in efficiency. For example, in my old apartment I took the 12 bus into work every day, and over those 5 years my commute slowly got longer and longer due to the buses getting caught up in increased car traffic. I can understand why many have turned to private car transportation as a result of increased travel times and a lack of expansive service across the city by public transportation. Therefore, I plan to create a Transportation Action Team when elected that will work with our partners in different agencies and advocacy groups to take a big picture look at where we need to prioritize our energy in expanding service to make it easier for people to choose public transportation over driving their cars. Public transit is run by Tri-Met, so the city must take an advocate role in creating a partnership with them to further the goals the city has in many areas like development, support of local businesses, and meeting the needs of southeast and east Portland. One of the most obvious needs is to make sure that buses connect with the Max lines that are already in place so that everyone can take advantage of all the modes of transportation that we all helped pay for. 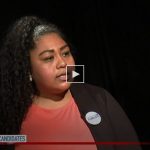 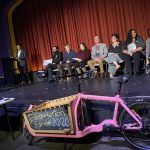